Does Lake Titicaca Have Fish? Are You Allowed To Fish There? 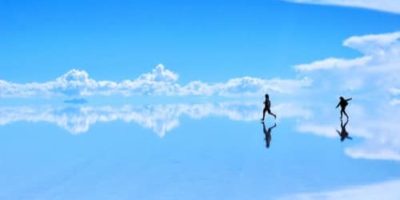 Fishing is a traditional occupation of the people settled along the shores of Lake Titicaca.

Lake Titicaca has around 58 different species of fish and fishing is allowed on the lake. The most important species of fish is the small teleosts carachi. Other species include the ispi, boga and the trout (called trucha locally).

The fish and other resources of Lake Titicaca are an important aspect of the economy of the approximately one million people living in the basin. Initially, fishing in Lake Titicaca was based on native species and later on a variety of native and introduced fish.

Brown trout, lake trout and rainbow trout were introduced to Lake Titicaca in the 1940s to improve commercial fishing.

At first, native fishermen did not like the trout, because the pink colour of their flesh was reminiscent of some native species when they were spoiled. However, it was not long before this species found great acceptance among the local peasants of the Altiplano and the inhabitants of cities such as La Paz and Puno, located by the lake, and Juliaca, nearby.

There are a lot of tours that offer trout fishing in Lake Titicaca. Most of them are pretty similar and there’s no need to book in advance.

There are a lot of tours that offer sport fishing in Lake Titicaca. Most of them are pretty similar and there’s no need to book in advance.

At around 8 AM, you can expect a transfer from your hotel to Lake Titicaca. Your guide will explain the plan for the day and give you your fishing rod, gear, bait plus life jacket.

You get 3-4 hours on the lake depending on the catch. Around noon, you make your way back to your hotel.

How Fish Got Into Lake Titicaca

As I mentioned above, brown trout, lake trout and rainbow trout were introduced in the 1940s to improve commercial fishing.

The pejerrey (Odontesthes bonariensis) was introduced from Argentina into Lake Poopó in Bolivia in 1946. From there it migrated to Lake Titicaca, through the Desaguadero River in 1955. At present this species is present in most of the rivers that discharge their waters into the lake, i.e. the Ilave, Coata, Ramis and Huancané rivers. In 1984, pejerrey was also found in the Santa Rosa River (at 4 005 m altitude) (Vera and Llaños, 1989).

Rainbow trout breed in the middle and upper reaches of rivers during the dry season, generally during the months of June and July. The pejerrey begins to spawn in January and reaches its maximum in May.

The Importance of Fishing in Lake Titicaca

Fishing in Lake Titicaca has a great economic and social importance in the future of the inhabitants of the region. Fish constitutes a basic food source for these people, in some cases being almost the only source of protein in their diet.