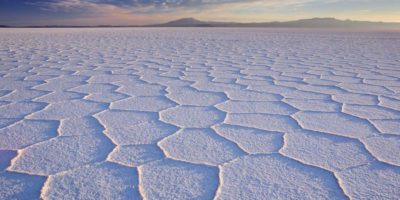 Are you planning a trip to Salar de Uyuni and not sure about how long to spend there? I get this question from most of my friends who want to make the most of their time in Uyuni and explore everything that the area has to offer.

So how long to spend in Uyuni? Most tourists spend 3-5 days in Uyuni which is the best amount of time to spend because of the numerous attractions of the Bolivian highlands, such as spectacular lagoons, rock formations and a unique desert environment full of native fauna.

Here’s more information about Salar de Uyuni to help you plan your trip.

What is the best month to go to Uyuni?

Visiting the Salar de Uyuni is an experience that can be done all year round, but the following considerations must be taken into account:

The best time is between May and November.

The months between January and March are the rainy season. This is when the great mirror of water is produced due to the flooding of the salt flats. This is the best time to visit the Salar de Uyuni if you want to take the best pictures of the mirror effect.

Weather wise, the months of May to April, October and part of December are ideal to visit the Salar de Uyuni since the climate is not extreme and you have great landscapes with clear skies.

What is the cheapest month to travel to Uyuni?

If cost is big factor in your travel plans, you should plan to visit Uyuni during the low season. The cheapest months to travel to Uyuni are April to December. Although you’re guaranteed great landscapes and clear skies, it’s unlikely that you’ll get to see the giant mirror effect that the Salar de Uyuni is famous for.

Other services such as flights and hotels are also cheaper during the low season.

Here are some facts about Salar de Uyuni.

How much money do you need to travel to Uyuni?

Here are the approximate expenses to help you plan your budget:

You can get to Uyuni either from Villazón (border with Argentina), from La Paz or from Potosí.

From Villazón to Uyuni:

From La Paz to Uyuni:

Bus: 270 Bolivianos 12 hours of night trip (tourist bus with all the comforts)

From Potosi to Uyuni:

The accommodation in Uyuni us significantly more expensive than in the rest of the country because of its high demand. You can expect to pay a minimum of 300 BOB each night for a hostel bed. Other options like salt hotels are way more expensive.

You can check the best deals and prices here.

If you book in the town of Uyuni, you can get a 2 nights and 3 days tour for around 700 BOB. The price generally includes accommodation, transport, driver and all meals during the 3 days. There are many companies that offer this tour so it is worth checking with several agencies before deciding on one.

Things to see in and around Uyuni

Here is a list of the most important things to see in and around Uyuni:

If you have only one day to spend in Uyuni, you can go on an all-terrain adventure which has as its starting and ending point the town of Uyuni. During the journey, you can expect to stop at wonderful sites such as the Train Cemetery, Salar de Uyuni, the Salt Hotel, the Monument of Dakar, the Forest of flags and Incahuasi.

This adventure is a good option for people who like nature and adventures in a 4×4.

On this route, you will get to see beautiful landscapes typical of the high Andean areas. Here’s a rough itinerary:

After a pick up from your hotel in Uyuni, you will visit the train cemetery to see the old locomotives.

Then you will go to the Colchani community (the gateway to the Salar) where you will find rustic handicraft workshops.

Continuing with the expedition to the majestic Salar de Uyuni, you will make stops to see salt extractions and the Salt Hotel Playa Blanca that currently functions as a museum.

The next stop will be the Incahuasi island where you can walk and explore great extensions of cactus, fossils of sea rock and spectacular 360° views from the viewpoint.

After this, you’ll head back to Uyuni town.

On the first day, you’ll start the adventure at 10.30 am with a visit to the Uyuni Train Cemetery to see the first locomotives in Bolivia. After that, you will visit the small village of Colchani, to see traditional and salt crafts. Next, you will continue to the great Uyuni salt flat, to tour the vast white expanse of salt, where we will also visit a Salt Museum made entirely of salt and the great Incahuasi Island. You will hike to the top of the island to see giant cacti and petrified coral rock formations. You will get some time to take some fun pictures with the perspectives on the white surface of the salt flat.

Once that’s done, you will end up in the town of Coquesa which is located at the foot of Tunupa Volcano where you will spend the night.

The second day starts at 07:00 a.m. After your breakfast, you will arrive at the viewpoint (4200 meters above sea level) where you will observe the (mummies) dating from the Pre-Inca era. This is a cemetery that shows how the indigenous people buried their dead. This is the best spot to contemplate the beauty and immensity of this wonderful white desert, its islands and surrounding mountains.

Back at the lodge, your lunch will be served. On the way back to Uyuni you will enjoy the landscape while driving in the middle of the salt flats.

The typical three day itinerary is a little different from the 2 day one. I highly recommend this itinerary since you see all the attractions in the Uyuni region. Unless you’re planning to make another trip to Uyuni, you might as well make the most of your trip.

Here’s what you can expect:

You will finish the day watching the sunset inside the salt flat, and then we will go to the salt hostel in San Juan del Rosario, where you will have dinner and rest for the next day.

Day 2: In the morning, you will leave San Juan del Rosario and follow the road through the Chiguana salt flat. You will visit the lakes of Cañapa, Hedionda, Honda and Chiarkota, before entering the Siloli desert. Here, you will observe the Tree of Stone, a rock of volcanic origin that, as you can tell from its name, is shaped like a tree.

You will finish the day at the Laguna Colorada, a nesting site for more than 30,000 flamingos. You will spend the night in the Huayllajara shelter.

Day 3: You will leave very early in the morning to see the sunrise in the Sol de Mañana Geysers, intermittent sources of water that sprout at a temperature of 90 °C, and where you will have the opportunity to take pictures taking advantage of the contrasts of the first lights and the steam.

You will also get a chance to visit the Polques hot springs, the Salvador Dali desert, and the Verde and Blanca lagoons, located at the foot of the Licancabur volcano.

Then, back to Uyuni.