Is Santa Cruz (Bolivia) Worth Visiting? 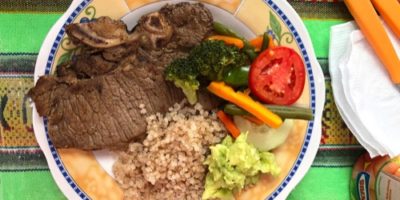 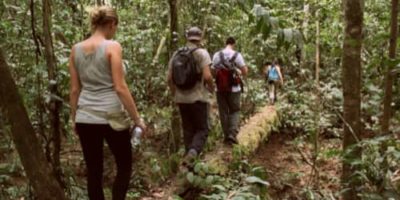 The city of Santa Cruz de la Sierra has an incessant rhythm, within an exuberant natural environment. It is an extensive urban set, of wide avenues and modern construction without forgetting its colonial past.

So, is Santa Cruz worth visiting? Santa Cruz (Bolivia) is worth visiting because has a special charm. Santa Cruz combines its modern air and its big city pace with the charm of colonial architecture. A visit to the city of Santa Cruz should not be missed.

Santa Cruz is the industrial, agricultural and commercial center of Bolivia and hosts a good apart of the national economic activity. This concentration of activity gives the city a permanent stream of visitors and there are many options for activities of all kinds.

Did you know that…

Here are the best things to see in Santa Cruz:

The heart of the city of Santa Cruz de la Sierra and the pride of its inhabitants is the Plaza 24 de Septiembre, where the first cry for freedom was made in 1810.

Surrounded by lush trees that provide shade to visitors, as you walk you will notice chess tables set up at different points where some people play while others just watch. If chess isn’t your thing, another good option is to sit on a bench and read, or drink the all-important coffee that’s sure to be offered by one of the street vendors; the cortadito, a “just right” blend of coffee and milk, is a favorite of regular visitors.

You could stay for hours in this square but that’s not the idea, so after saying goodbye to Don Ignacio Warnes, located in the center of the square, I recommend you to continue your journey and head for the sidewalk on the west side where you’ll come across an imposing building.

With an imposing facade, white color and an eclectic style, its enormous open door invites you to enter. Either because there is some activity or just out of curiosity, hundreds of people visit this tourist site in the capital city. The building has two floors. In the first one, there are always artistic exhibitions that usually promote and rescue the local and regional culture. The upper floor has a theater and conference rooms.

There are also free workshops of choral singing for children, young people and adults and folkloric and contemporary dance, which are part of an artistic training program provided by the Secretariat of Culture of the municipality of Santa Cruz.

Touring the Municipal House of Culture from top to bottom takes about 20 minutes but can vary depending on your interest in the exhibitions .

The Metropolitan Cathedral Basilica of San Lorenzo is considered the first Catholic temple of Santa Cruz, built by the Mercedarian Fray Diego de Porres and reconstructed in 1770. Inside, you can find the Cathedral Museum of Sacred Art, which preserves the oldest ecclesiastical collection in Bolivia, with approximately four hundred years of religious culture, highlighting the mestizo art of the 17th and 18th centuries.

Start your tour by climbing a spiral staircase to reach its famous viewpoint. On the way there is an intermediate level from which you have a pleasant view of the city.

Going up to the highest point, after 126 steps, the clock is reached where visitors are distracted by watching the gears. If you are interested in taking a religious souvenir, you have several options on the way down in the small cathedral shop.

The cost of admission to this repository, open Monday through Friday from 15 to 18 hours, is 10 Bolivians for adults and 5 for minors.

The Casona, rebuilt by Melchor Pinto Parada’s daughter, is currently seeking to consolidate itself as a cultural space that is a reference for “all the arts in the capital of Santa Cruz,” explains Analía Villarroel, Cultural Director of the Casa Melchor Pinto.

This space, located on Sucre Street No. 50, half a block from the Cathedral, has seven large rooms that are named after each person who lived there; for example, Ramona, the cook, or Nurse Mamatola.

After the different stops you will surely feel a little tired. An interesting option to recharge your energy is the Café Patrimonio located in the house. You can sit back and enjoy a cup of coffee or take a tour of the galleries of the beautiful old house, which now contain exhibitions of paintings, photographs and drawings.

The Guarani people have a great presence in the ethnic composition of Santa Cruz. If you want to explore it a little more, you can approach this small museum that keeps recovered pieces of the Bolivian Guarani area, the southeast of the country.

Ceramic vessels used in the past to bury the dead, jars for domestic use and a space dedicated to the Arete, the Guarani carnival festival, with its musical instruments, masks and a large pitcher in which chicha de maíz is prepared.

A research and dissemination center that exhibits the flora, fauna, paleontology, minerals and rocks of the Department of Santa Cruz, one of the corners with the greatest biodiversity in Latin America. Noel Kempff Mercado was a Bolivian scientist born in Santa Cruz de la Sierra, one of the promoters of nature conservation in Bolivia.

In the department of Sant Cruz, from the city, you can visit the Misiones de Chiquitos built by the Jesuits in the 16th and 17th centuries. They were declared a World Heritage Site and keep alive the legacy of the indigenous communities under the influence of the European monks, with beautiful examples of Baroque and Mestizo architecture.

Samaipata, is a town in the valleys of Santa Cruz, and there is the Fort, an impressive rock carved with geometric and zoomorphic figures considered as the largest petroglyph in the world.

In the nearby town of Porongo there is a group of very beautiful waterfalls and pools, framed by tropical vegetation. The place has marked trails, ecological viewpoints, camping area, wooden cabins, rest area with barbecues and a craft stall.

Amboro National Park with more than 3,000 species of plants inventoried (among them the largest tree ferns in the world). In the Park more than 177 species of mammals have been registered, among which the 43 species of bats stand out. Among the large mammals we find the Andean bear or jucumari, the jaguar or American tiger or the flag bear (ant hill). In addition 135 species of reptiles and 173 species of amphibians among which 50 species are toads and 912 species of birds.

Here’s my post about the best jungle tours you can do from Santa Cruz.

This is just a small sampling of all the options offered by the city itself, modern and active, and the department of which it is the capital. In addition, you will find a wide range of leisure and gastronomic offerings with many shopping centers, shops, restaurants of all kinds.

Here’s a list of the 18 best restaurants in Santa Cruz.