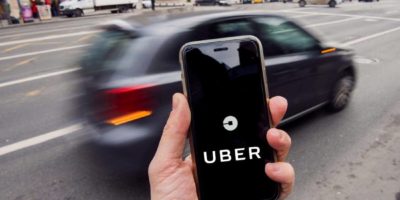 Is There Uber in La Paz, Bolivia?

In 2005 Freddy Mamani Silvestre began to dot El Alto with buildings full of bright colors, mirrors reminiscent of the traditional costumes worn by women in Bolivia or Andean crosses, in a tribute to his Aymara origin (an Amerindian community that inhabits the Bolivian, Chilean and Peruvian regions near Lake Titicaca).

His more than sixty works could have the pop culture of the 1960s as a reference, but Mamani makes it clear: “My architecture is not exotic architecture, but Andean architecture that transmits identity and recovers the essence of a culture”.

In a country where indigenous communities remain distant from political and economic power, Mamani’s work sends a message of pride and hope.

His creations are known as cholets (a contraction of chalet and ‘cholo’, the pejorative term for the indigenous population used in Bolivia). He told Univisión of his motivation: “I had the idea of making an architectural revolution, because in universities we have generally been indoctrinated not to break the norms, the schemes, the rules of architecture.

Inside me I always said: why is an architect famous? I have to build works with identity, rescuing the past and looking to the future, and since that year we started to build in the city of El Alto with the new architectural trend. I have built more than 60 buildings in El Alto, but adding those in other parts of the country and abroad we have already advanced with more than one hundred works.”

Is There Uber in La Paz, Bolivia?