Dinosaur Tracks in Sucre – The Jurassic Park of Bolivia

Posted by Massimo Hernandes on November 14, 2020 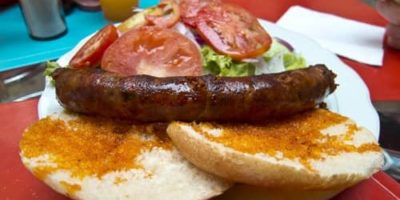 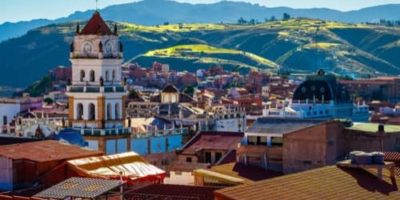 20 Best Things To Do in Sucre (Bolivia)

In the south of Bolivia, 693 kilometers from La Paz -the seat of government-, is Sucre, the constitutional capital of the country and of the department of Chuquisaca. In this territory, the director Steven Spielberg could have imagined another continuation of his successful film Jurassic Park.

Sucre has the site with the most dinosaur footprints in the world.

In the heart of Sucre, is the site of Cal Orck’o (lime hill in Quechua), a rocky promontory 1.5 kilometers long and 120 meters high. Discovered in 1994 by the Chuquisaca geologist Hugo Heymman, it has an extension similar to that of six soccer fields and has the engraved stamp of the prehistoric reptiles of the Cretaceous period, which began 145 million years ago and ended 66 million years ago.

Dr. Mario Suarez Riglos wrote the first preliminary report, indicating that there were more than 6,000 prints.

But he was wrong.

According to the last count in April 2015, carried out by Christian Meyer, Swiss paleontologist and director of the Museum of Natural History in Basel, 12,000 footprints of 294 species have been counted.

Until the discovery of Cal Orck’o, the largest and most important site, with 3,000 footprints, was Khjoda-Pil-ata, in Turkmenistan (Central Asia).

“At Cal Orck’o, records have been broken in terms of the number of species that have inhabited this area,”

Omar Medina, secretary of the Bolivian Network of Paleontology.

However, the department of Chuquisaca has more paleontological treasures. In Maragua and Marca Quila Quila, 70 kilometers from the capital, amidst sandy slopes of purple hues and canyons with imposing views, is one of the recent findings. It is the world’s largest footprint of a theropod dinosaur. This species was characterized by its carnivorous diet and bipedal gait.

Marcial Barrientos, a technician from the Sucre Tourism Office, tells us that the guide Grover Marquina found the footprint almost by intuition. “In its entirety it is 1.15 meters long. It is already considered the largest in the world of this species”, says Barrientos.

The scientific validation of this discovery was made by Sebastián Apesteguía, Argentinean paleontologist and doctor in natural sciences of the University of La Plata. According to his first reading, it was believed that the footprint could belong to an Abelisaurus, but it was also not discarded that it could be a Megaraptor, a slightly larger species.

“I started taking measurements, to see how big the phalanges were and the angles between the fingers, and it seems more like a Tetanus [a kind of theropod], the big group that includes the Megaraptors. We had never registered in the findings of bones of this species anything greater than seven or eight meters, while this footprint would be an animal of 14 or 15 meters,” adds the Cretaceous reptile specialist.

Apesteguía even encourages the hypothesis that it could be a Tetanus of which there is no record or knowledge. To get to where the footprint is found, one must travel along roads not very traveled in the mountains, with a guide and with the permission of the authorities of the Qhara Qhara Nation, the original communities of that territory that demand their ancestral recognition on the land.

The novel trace of an ankylosaur’s offspring, or the skull and jaw of a Cretaceous crocodile about 67 to 70 million years old are some of the findings in the area of Maragua and its surroundings, in municipalities such as Potolo, Marca Quila Quila or the Icla Canyon. Medina says that it is “very complicated” to get an exact number of the footprints in those areas, because of the great amount of stone slabs that exist. However, he estimates that the number is higher than that of Cal Orck’o.

Read more about Sucre:
Where To Eat in Sucre
Things To Do in Sucre

20 Best Things To Do in Sucre (Bolivia)