Where To Stay in La Paz, Bolivia

Posted by Massimo Hernandes on November 28, 2020 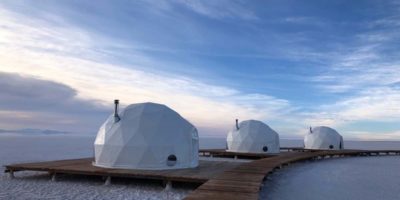 La Paz is known all over the world to be the highest capital of the world, at an altitude of 3,600 meters. La Paz and its neighboring towns – El Alto and Viacha – form the largest conurbation in the country, with a population of 2.7 million people.

Are you looking for a hotel in La Paz for your accommodation? I’ll help you with the areas where to stay in La Paz!

The Best Neighborhoods in La Paz

Famous for its unique markets and lively nightlife, La Paz is surrounded by the high mountains of the Altiplano – with the Nevada Illimani as a backdrop, at an altitude of 6,000 meters – and close to the famous Lake Titicaca, the largest lake in Latin America.

Finding accommodation in La Paz will be cheap, as Bolivia is one of the cheapest countries on the South American continent.

Also read: The must-do things to do in La Paz

The Casco Urbano Central is actually the historical center of La Paz – El Centro -, located around the Plaza Murillo.

This square is emblematic of the city – known for hosting thousands of pigeons at the foot of the Cathedral-Basilica Nuestra Señora de La Paz, the Catedral Basilica Nuestra Señora de La Paz. The Plaza Murillo and the historic center of La Paz are also a must-see for tourists. Visitors are usually accompanied by a local, and enjoy discovering them before plunging into the streets of the old town.

Potosi Street is one of the shopping streets of the neighborhood, there are countless stores where to store, countless cheap hotels and hostels where to stay in La Paz, restaurants, travel agencies, etc…

Going up the narrow streets with their winding knots and labyrinths, don’t miss the National Art Museum, the Costumbrista Museum, the Ethnographic Museum and the Musical Instruments Museum, and you will come to Calle Jaén, a remnant of the Spanish colonial quarter. The cobbled alleyway is colorful, typical of Latin America, and has its own singular charm.

South of the center is the gigantic Parque Urbano Central: stretched like a long strip from north to south, it allows you to reach the chic Sopocachi neighborhood while strolling through a lung of greenery and tranquility.

Want to stay in La Paz in a comfortable, even very chic neighborhood? Sopocachi is the upmarket neighborhood of the Bolivian capital.

The streets are squared like in a city in Spain or the United States, and the neighborhood is much quieter than the city center: it is the business district, therefore rather active during the day and quiet in the evenings and weekends.

Here again, an immeasurable number of restaurants, bars and small taverns offer cheap food and drinks in the middle of a rather trendy crowd. A relaxed and bohemian atmosphere reigns supreme in the neighborhood, an ideal, young and touristy area to stay in La Paz.

Find a hotel in Sopocachi.

Located between El Centro and Sopocachi, it is not the safest neighborhood to sleep in La Paz but it is a middle class area, ideal for enjoying the tourist attractions of the center and for partying in Sopocachi, away from mass tourism.

There is the famous Plaza Sucre, many shops, bars and restaurants.

Find a hotel in San Pedro.

Low-budget travelers, run away: Zona Sur is the wealthy and affluent neighborhood of La Paz.

Located far from the city center to the south, it is a huge neighborhood that brings together the Bolivian elite and a third of the population of La Paz. There are few tourist attractions, but everything you need to live a comfortable life, in quiet and clean bourgeois residences. This area in the south of La Paz also has many discos, restaurants and high-end bars.

You can find a hotel in Zona Sur here.

So there you have it. If you’re going to visit La Paz, these are the neighborhoods to stay in La Paz, Bolivia!